​Paul has YouTubed his Street, Club and Festival Angels talk so that the story can still be shared during this isolation time.. Do share! Paul is available to talk on Zoom (or similar) - contact paul@blakey.org.uk for more information.
​ 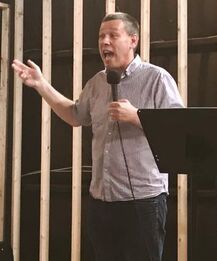 Paul Blakey MBE - is an international speaker who, over the last decade, has spoken to over 45,000 people at various events around the world including at the UK Houses of Parliament, Manchester Arena as well as on TV and radio.

As a keynote speaker Paul will use experiences as the founder of an international charity to motivate, challenge, entertain and inform.

Paul's most popular talk (ideal for after-dinner, ladies/mens groups, Rotary, church groups, luncheon clubs, WI, etc) is the setting up of Street Angels and its growth across the UK, Europe and into America as well as within club venues and at music festivals and sporting events. The talk includes stories, humour, audience interaction, the story of receiving the MBE including passing the medal round, opportunity for questions and fun! No group is too small or large! Paul is based in Halifax and so generally travel with 1.5 hours with the group meeting the travel costs (at 45p a mile) and a donation as well as an opportunity to have a book and information stall. To book Paul - email paul@blakey.org.uk or 07725501465.

Paul is able to speak (and lead) church gatherings, conferences or retreats. He is able to use practical experiences and Bible passages to inspire and motivate people towards community transformation and loving those in front of them. Paul is an ideal speaker at outreach events presenting the message of Jesus and the Christian faith. His style is down to earth, fun and inspirational. To book Paul email paul@blakey.org.uk  or 07725501465.
​
​Other talks include:


If you are interested in booking Paul please email paul@blakey.org.uk or call Paul on 07725501465. A gift is requested with travel expenses at 45p a mile (Paul is based in Halifax).

Paul Blakey MBE is the founder of Street Angels, a project which, with the help of an amazing team of volunteers, has made a massive difference in over one hundred towns and cities across the UK and overseas.  Founded in November 2005 the scheme has seen violent crime and sexual assaults reduce dramatically in many of the communities where the projects work. We have expanded our work to inside pubs and clubs, at music festivals, in communities and at train stations. Because of Paul's contribution to community safety he was awarded a MBE (Most Excellent Member of the British Empire) in the New Years Honours 2010 by Her Majesty the Queen. To oversee the growth Paul set up CNI (Christian Nightlife Initiatives) Network in July 2008 which has become a leading voice for faith based projects working within the night-time economy. In 2014 Paul became a published author with the book "Street Angels - the amazing story from binge to better" which collates inspiring stories from across CNI Network. Paul is an assessor for the Queens Award for Voluntary Services and has set up various other initiatives such as #FaithAndPoliceTogether and #Do1NiceThing. Paul will talk about work on the streets, in nightclubs and at festivals in a humorous and engaging way.

Please feel free to use the image above or any from this website.
​Sample of Talks:

Faith Life Church, Wilmington North Carolina - Love the One In Front Of You (audio) 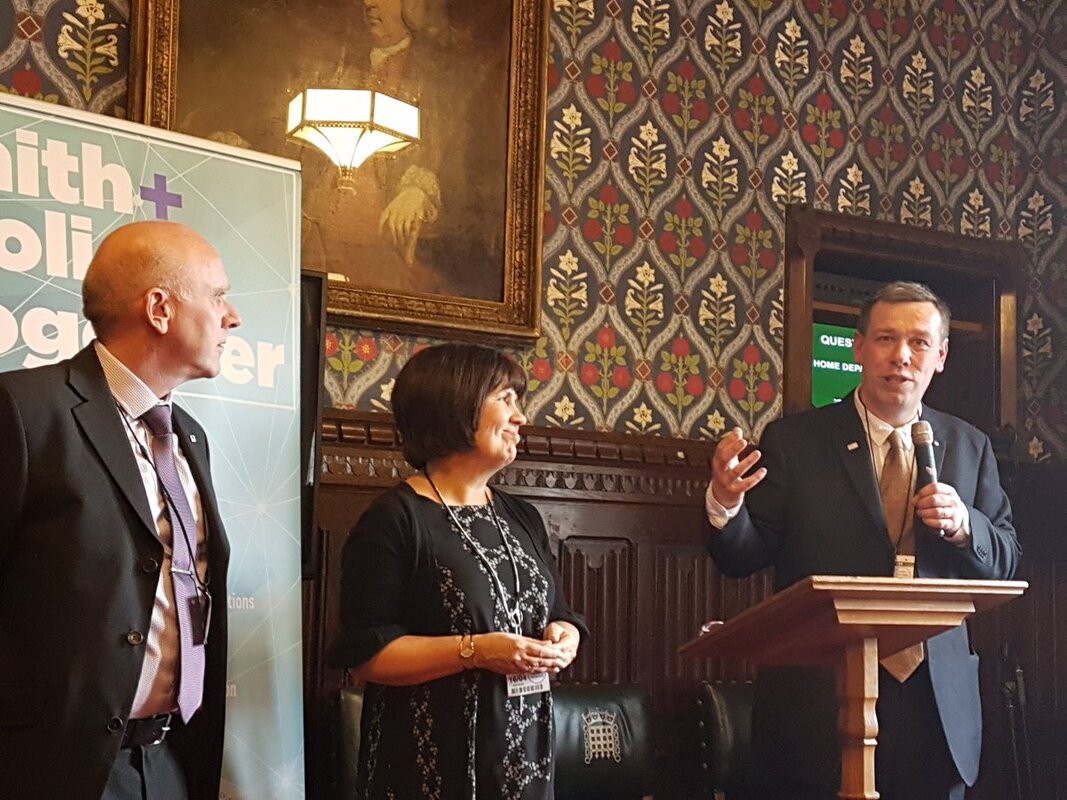 Pictured Paul speaking in the Houses of Parliament at the #FaithAndPoliceTogether launch with Debra Green from ROC and Lee Russell from Christian Police Association.

Some feedback from talks:

"Thank you so much for coming to speak to our Luncheon Club last week. To say that we enjoyed it would be an understatement; in fact several members said they could have listened to you all afternoon." Lucnheon Club in Leeds.

"A huge big fat thank you for talking at the Probus. You don't realise how funny you are, in a good way! I thought you were amazing. WELL DONE!!!"

"I heard Paul speak with passion, humility and enthusiasm right at the start of the Street Angels idea in 2005. I was present when he spoke at a multi faith gathering in 2008. If you want to learn how to grow a mighty oak from small acorns listen to my friend and colleague, Paul Blakey MBE" Dave Apsee former Halifax Town Centre Team Sergeant West Yorkshire Police.

"Looking forward to hearing you again and having a good laugh." Lesley, Attendee at an After-Dinner Talk in Pudsey.

"We certainly enjoyed your talk and admire the work you do" Sue, Speaker Finer of a Ladies Luncheon Club

"It was a top sermon Paul down to earth and very much needed!!" Mary, following a church sermon

"I have known Paul for several years. He is a man who is prepared to put his faith into action through his compassion, drive, integrity and actions that put other people first. His life is an example of someone who communicates love and compassion not just on paper, public speaking, social media or other platforms, but also through his inspirational lifestyle" Nigel - volunteer Street Angel 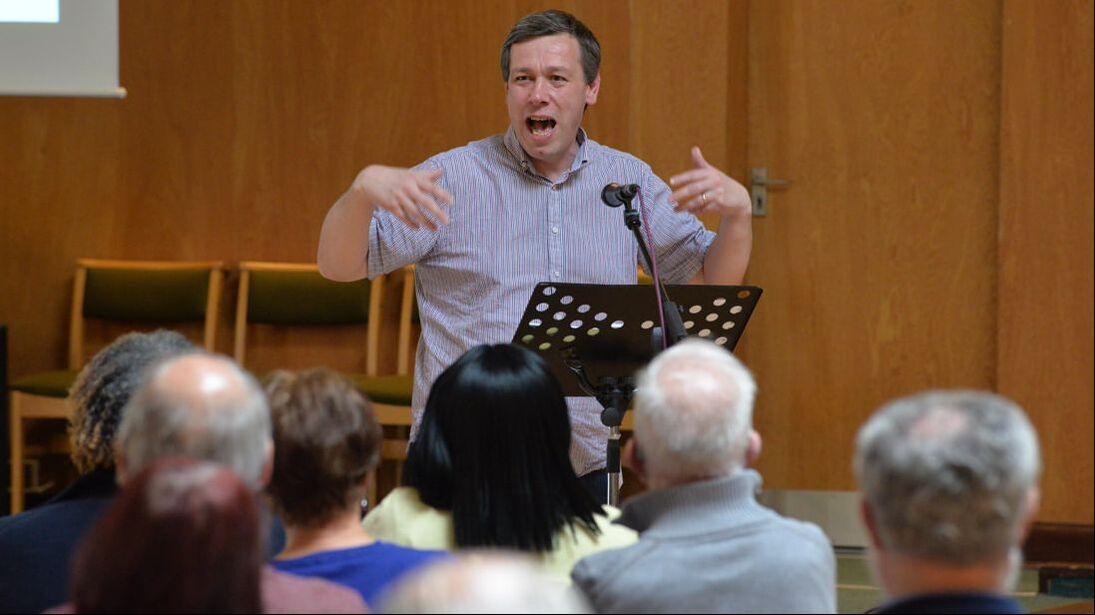